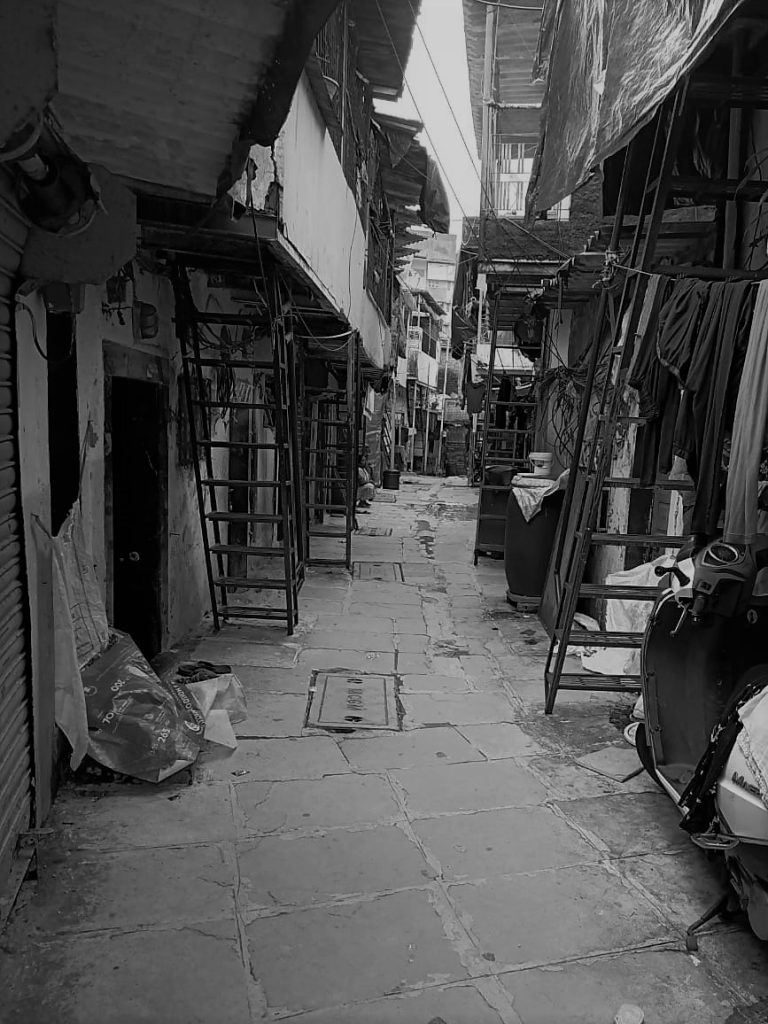 Chanda, name changed, lost her husband in 1992. Her daughter was 8-years-old at that time. Since then, Chanda started picking waste to make ends meet. She raised her daughter single-handedly and once she got her married and settled, she felt relieved to be done with her responsibilities. However, her daughter’s husband turned out to be abusive and she left him after some years. Since then, Chanda and her daughter both have been working hard as waste pickers to raise the four children born from this marriage. The children are enrolled in the local municipal corporation school.

The coronavirus pandemic and the following lockdown completely disrupted the modest sustenance of Chanda’s family. Waste pickers, who are already one of the most deprived among all sanitation workers, have been among the worst affected. Their livelihood suddenly ended when they were neither allowed to pick waste nor were scrap dealer shops open anymore to buy these items. Since they do not have any employers, they could turn to no one for salaries, advance payments or loans. Waste picking, which helps recycle about 20 percent of India’s waste, is not even considered legal in the country. It is then impossible for workers like Chanda and her daughter to get any social security from the government which could have helped them survive in such times.

The only dependable support for Chanda’s family during this crisis is the ration they get through their ration card. The Targeted Public Distribution System (TPDS) of the government is probably the widest social security scheme in urban India in terms of its coverage of the urban poor. Since the lockdown started, Chanda received the entire quota of ration that she was eligible for once, including the free ration promised under Pradhan Mantri Garib Kalyan Anna Yojana. However, she is eligible for ration only for two people. Chanda’s grandchildren’s names aren’t yet added to the ration cards. She has been to the concerned office 2–3 times but every time she has been told the same thing, that the government is not adding any new names to ration cards.

If not for the occasional charity of some non-profits, the family of six would be now surviving merely on the ration for two. And that is only if we assume that people feel only as much hunger as the ration quota decided for them by the government. Chanda doesn’t expect much from the government — ‘Even if they don’t give us anything else then also it is okay, but at least they should allow us to restart our work. Then everything will get better.’ She explained why the hurry. ‘The monsoon is going to start, we need to fix the roof over our heads’. She lives in a kutcha house and needs to buy some plastic sheets for cover.

The lockdown has affected her health as well. ‘Sitting at home the entire day causes me body ache. My hands and legs don’t move well now. They have become stiff. When I was working, they were better,’ said Chanda.