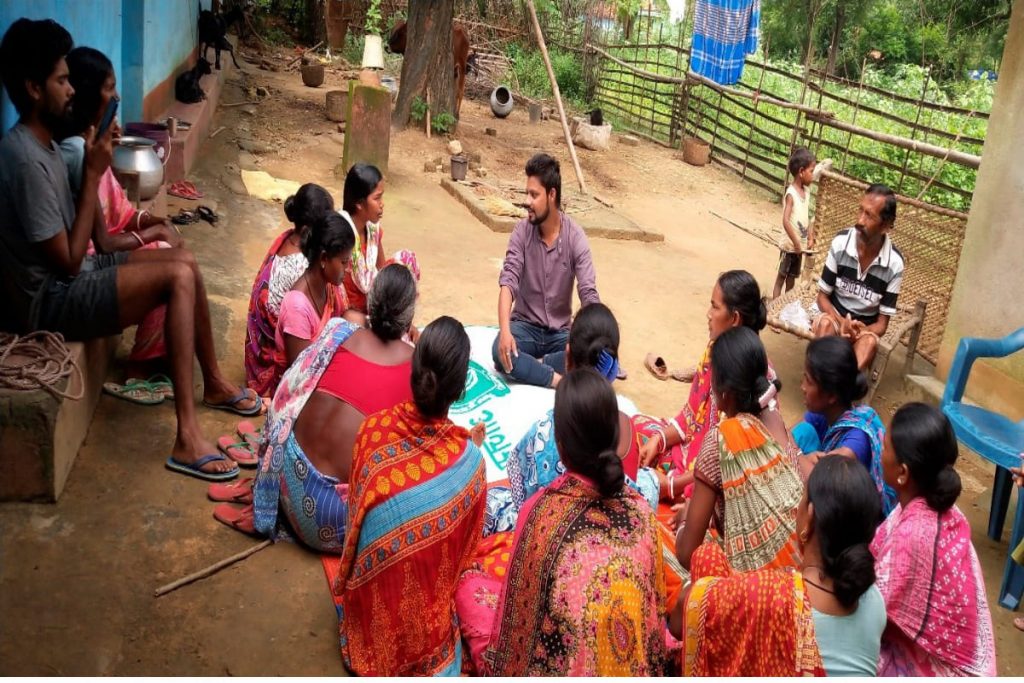 Panosi- a village predominantly inhabited by tribal and backward caste communities- is situated around 10 km from Chakradharpur block in Jharkhand. Plagued by poor functioning schools due to lack of awareness among the School Management Committees (SMCs) of their roles and responsibilities, the overall development and quality of life of the communities remained low. The villagers also had to contend with middlemen for all public works, with high incidence of corruption. These middlemen would divert school funds for their own benefit, disregarding the role of the SMCs in fund allocation.

In order to tackle this issue, LEADS[1] took the initiative to reconstitute these committees and undertake capacity-building of the SMC members. They were made aware of their responsibilities as well as the various provisions under the Right of Children to Free and Compulsory Education Act, 2009 (RTE Act, 2009). SMC meetings were regularised and field coordinators would facilitate effective functioning of the SMCs to monitor the progress and development of their respective schools. Teachers were also engaged in the capacity-building process to assist SMC members to plan for a better future of the children and build model schools which could be replicated elsewhere.

Better awareness among SMC members of their roles and tasks resulted in a significant improvement in the quality of education provided and, concurrently, a drastic improvement in attendance. The active engagement of teachers with SMC members resulted in better functioning schools with speedy resolution of gaps and challenges. The SMC members are now better able to allocate funds for school development and monitor the proper utilization of the same. Efficient and effective SMCs are thus playing an important role in facilitating opportunities for children to learn, earn and break the intergenerational cycle of poverty.

[1] Life Education and Development Support (LEADS)- an organization working for the development and empowerment of poor and unorganized people of rural areas and urban slums in Jharkhand.