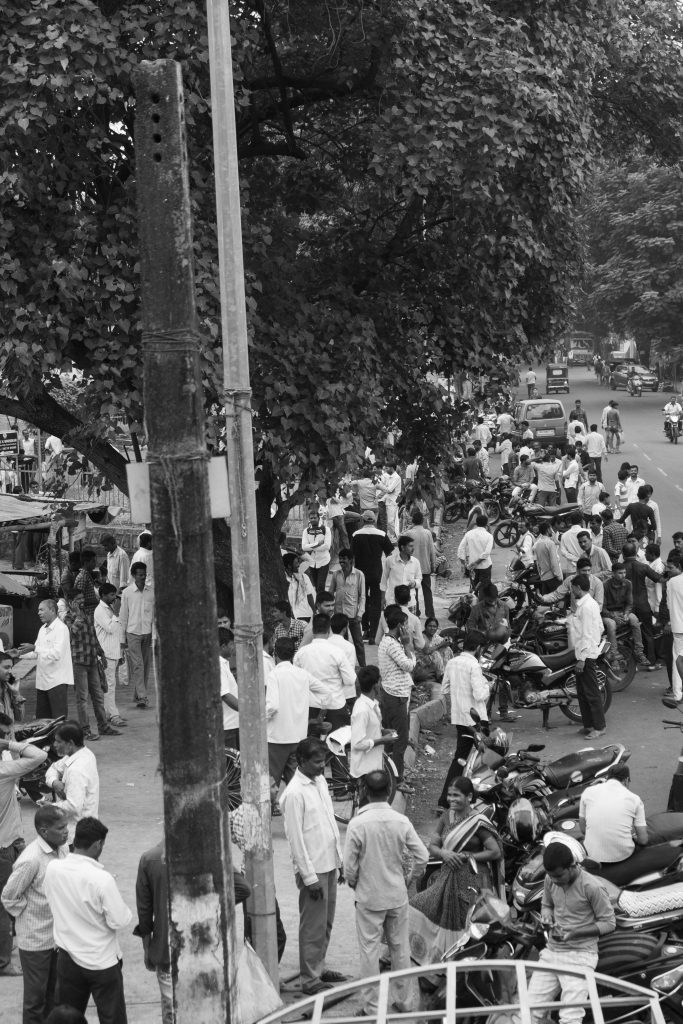 Shamsu (name changed), 30, lives in Sector 4 in Koparkhairane, Navi Mumbai. He and his wife support a family of eight people, including two children and two elderly parents.

He is a naka (daily-wage) worker and hasn’t found any work since the lockdown.

‘I have not gone to work because I have not got any work these months and I have no hope of finding any. If we go looking for work now, the police chase us away. I am looking for any work that is available in construction. I used to do mistri work earlier but now I am doing begari work.’

He states that so long as the cement, hardware and electric shops don’t open in the market, naka work will remain shut and they won’t find any work. A lot of his fellow naka workers have gone to their villages. They were unable to pay for household expenses such as rent, electricity and water. So they somehow managed to arrange money and food for their travel back home. ‘Only 10 per cent of the lot remains now. Their situation is very tense,’ he says. There is a severe shortage of money. There are about 250–300 people who I personally know of and meet every day who are facing such a dire situation. Most of them are surviving on the meagre ration provided by the municipality or the civil society.

They have tried to meet the corporator requesting for the provision of ration, but to no avail. He says,

‘The government only caters to those who live in the slums. They don’t go check on people living in difficult situations in societies. Who will help us? Neither does the corporator enquire about them nor does anyone else. They have only called and helped those who are in their contact. I recently went to the corporator and he helped me with 2 kg worth ration because I went through somebody’s contact. He then told me not to tell anyone else about it. Is this the job of a corporator?’

He got himself registered with the Building and Other Construction Workers (BOCW) Welfare Board about 3 years ago. He has never received any benefit through it, though.

‘They asked us to renew our application. We gave the documents to the municipality. Those papers are sitting idle for four months now and nobody acts on it.’

He got his wife, a domestic worker, also registered with the Domestic Workers’ Welfare Board, and like him, she has not benefited from it either.

Thoroughly dejected from the repeated unattended visits he has had to make to renew his BOCW registration, Shamsu says he has no hope from the government.

‘Those who work in the unorganised sector are treated like cattle. Nobody cares about them; they are not heard anywhere. The lockdown has only been imposed now; we have been trying to get the government to hear us for the past five years. If we go to a ward office, we are chased away. If we give a request, there is no enquiry on it for months or even a year. We were able to get ourselves registered because of a registration camp that was organized by the L&T company in Navi Mumbai once, but we haven’t benefited from it at all. When we go to inquire, we are only told to come the next day, or the day after that, or the day after that. We are only given dates. We are only told that this or that officer is not present. This is what goes on. Nothing ever proceeds.’

They submitted 70–80 forms to the police station as well as to the ward office about a month before the lockdown to ask for a new job. But again, to no avail. With the government not able to implement their schemes or work on their requests, he asks, ‘How do we trust such a government?’

*As narrated to Deepak Kamble, Ankit Jha and compiled by Aayushi Bengani