“Last week, I was in Goa for my job. My parents called me and told me to urgently come back because there was no water at home. So, I came home and found that there was absolutely no water available. One of my friends in another community has a well near his home. I told him: ‘I am sending you a tanker to fill with water from your well. Then I will distribute that water’… On the third trip, the police stopped me… They fined me 1,800 rupees. They told me that it is illegal to bring water to this community… So, the only remaining option was to pay 400 rupees and purchase water from the water vendors.” 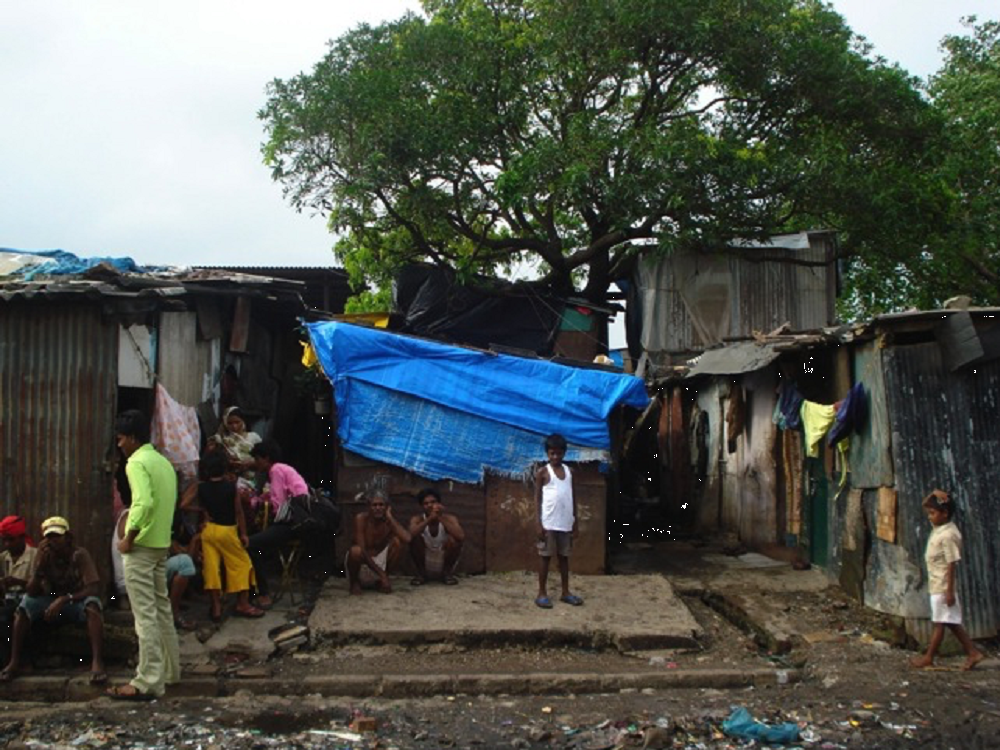 This story gets repeated too often in Kaula Bandar, a non-notified slum on the eastern waterfront of the Financial Capital of India, Mumbai. Since it is located on land that doesn’t belong to the Municipal Corporation of Greater Mumbai (MCGM), but instead to a federal government agency, the Mumbai Port Trust (MbPT), it is precluded from many basic services like water, sanitation and electricity that is normally provided by the MCGM to other slums. 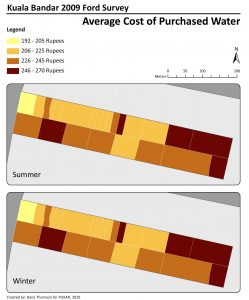 Kaula Bandar has a population of 12000 to 15,000 people most of whom belong to SC/ ST and minority communities. Through more than 15 studies that have explored the social determinants of health including water, conducted by PUKAR, it was learned that the lack of piped water in house or community water taps leaves residents with no option but to purchase water through an informal distribution system managed by private vendors (Water Mafias) living in Kaula Bandar. Using motorized pumps, the vendors extract water from underground water pipes that were originally placed by the fire brigade for emergency use, in case of fires. This water is then pumped through rubber hoses that travel hundreds of metres to reach community lanes, where residents pay monthly (and sometimes weekly) fees to vendors to receive and store water in their homes. Due to inconsistent supply, a majority of the residents report access to water every three or more days.

The research on water quantity, quality, reliability and costs, has further revealed that 50% of the water samples, collected in the monsoon months, were contaminated with coliform bacteria and 95 per cent of households did not get enough water to meet the World Health Organization’s (WHO’s) recommended minimum usage of 50 litres per capita per day (LPCD), while 48 per cent of households did not meet the 20 LPCD level, a usage level associated with “high” health risk according to WHO. 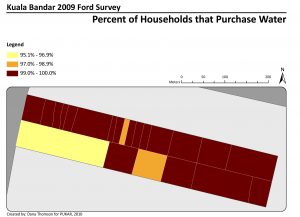 Water insecurity may also indirectly impact health by negatively affecting income, livelihood and education. In different seasons, the fee that Kaula Bandar residents pay to water vendors is 52–206 times the standard municipal water charge of 3.25 rupees per 1,000 litres of water that residents of notified slums pay. This represents 6–16 per cent of the average monthly household income, a spending level that in some cases could be catastrophic. Furthermore, the highly unpredictable water timings result in 39 percent of the adults reporting the adverse effects on them or their family members’ ability to go to work.  Poor quality, inadequate quantity, enormous costs and criminalization by local authorities of alternative modes of accessing water is causing poor health outcomes, financial stress, job insecurity and reinforcing the cycle of poverty in the people of Kaula Bandar.

Since, a majority of the slum dwellers contribute significantly to the economies and therefore bear the burden of running the city on their shoulders, it is essential that they have access to all their fundamental Human Rights as Equal Citizens. While water is one of the basic rights, a more holistic solution will require to the decoupling of the provision of all basic services from the land ownership issues or legal tenure issues in all slums.

*This case study was contributed by PUKAR